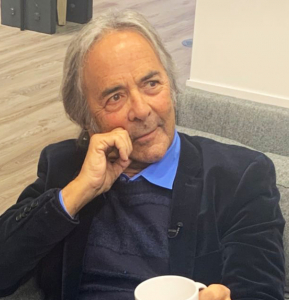 Steven Machat, one of the world’s most successful entertainment moguls, and Founder of Label ‘SSK Records’ has been in the entertainment industry for over 5 decades, representing famous artists globally, such as; ELO, Genesis, Peter Gabriel and Leonard Cohen.

His eclectic and diverse taste in music genres have inspired his present goal of bringing true, raw and an undiluted spectrum of talents back to the worlds stage.

Most recently his Rock ‘n Roll band, Roxx Revolt & the Velvets being the perfect act to follow in this Machat tradition. Machat is also a Film Producer and Author.

Machat has been a worldwide entertainment attorney, music publisher, manager of music talent, and record label owner as well as film producer, among other commercial endeavors.